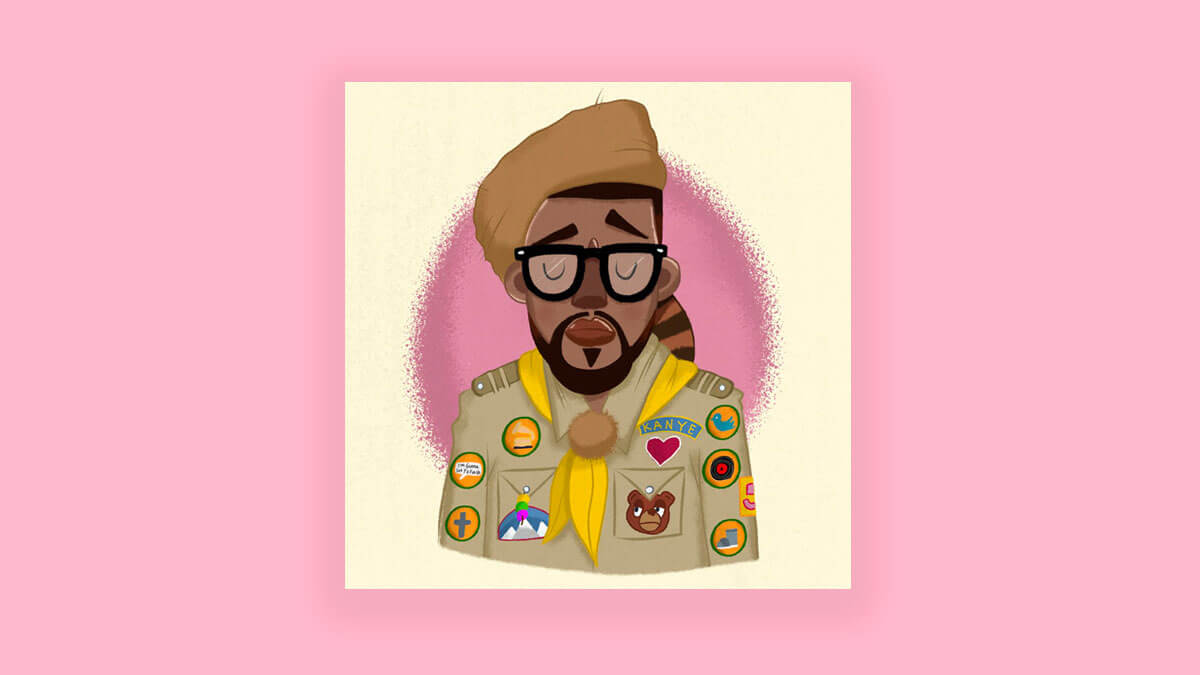 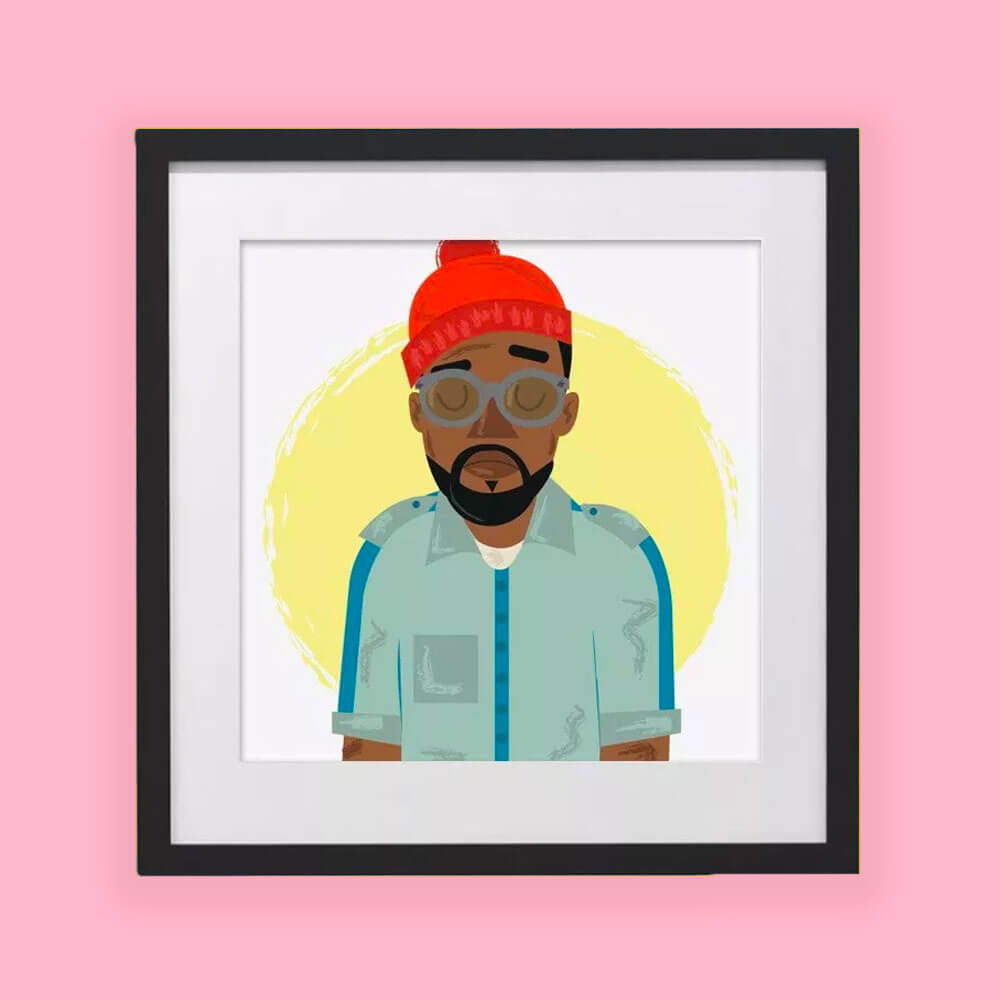 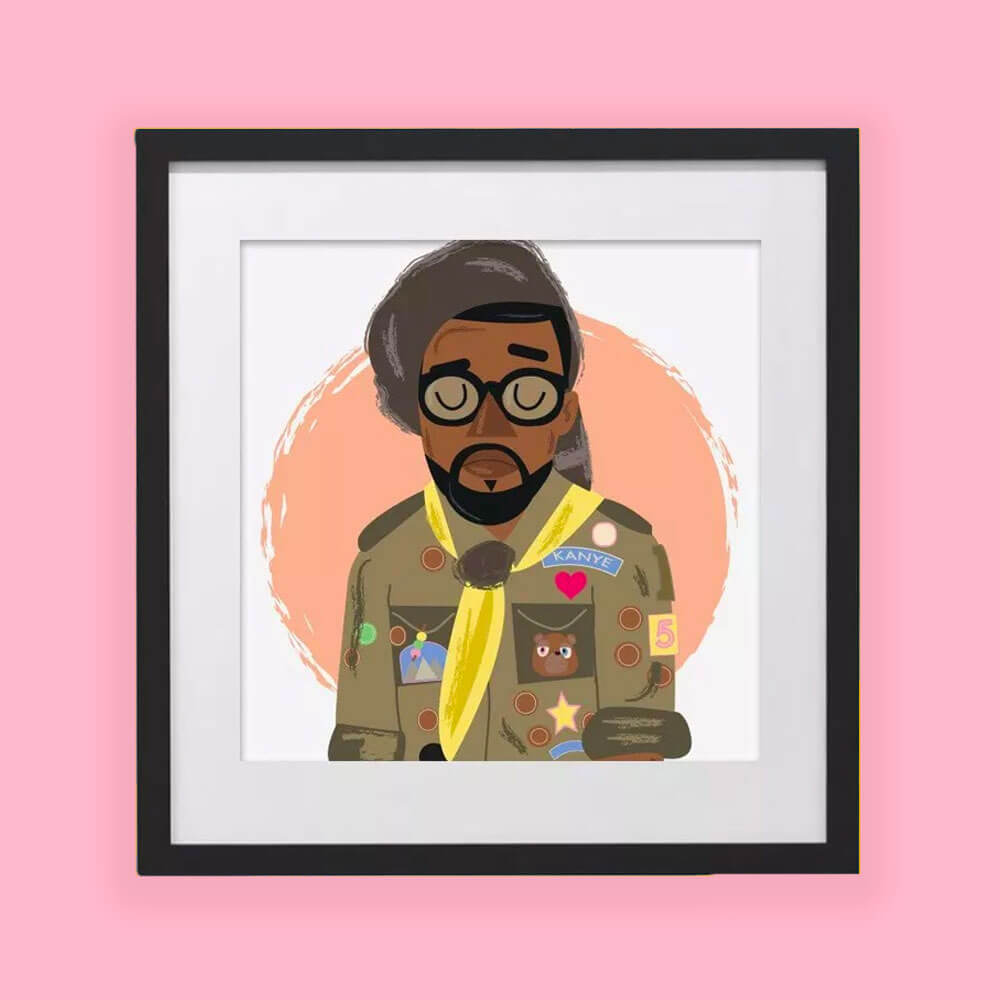 One of our very first major projects as a company was a commission by Kanye West with MyspaceMusic to illustrate a year in his life. During this particular year, he had proposed, his (then) girlfriend had given birth to baby daughter North, he released Yeezus and he had very publicly argued with Jimmy Kimmel about leather jogging pants – so this was a great illustration brief to work on!

We had previously worked with MyspaceMusic to illustrate our vision for the album artwork for Yeezus, and were asked back by Mr West himself to make these illustrations to accompany an article. We are big fans of his work, and even bigger fans of anyone who can use self-deprecating humour, so this was right up our street. The brief allowed us creative freedom with our illustration, as well as the chance to work in our chosen style, and was overall just a really fun project to be a part of.

We also worked in collaboration with pop-culture blog Kanye Wes Anderson to produce illustrations of a series of portraits of Kanye West as iconic Wes Anderson film characters. The blog published them alongside a series of screengrabs and images merging the lyrics of West with Anderson’s distinctive films – which if you haven’t checked out already, we would highly recommend.