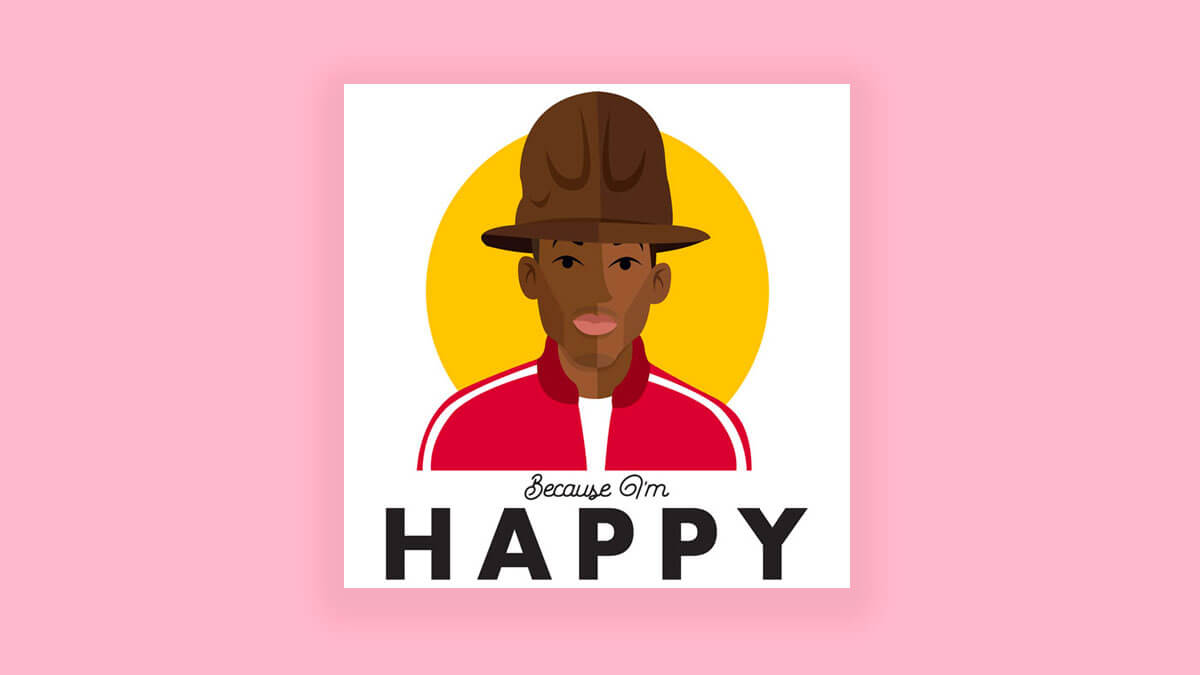 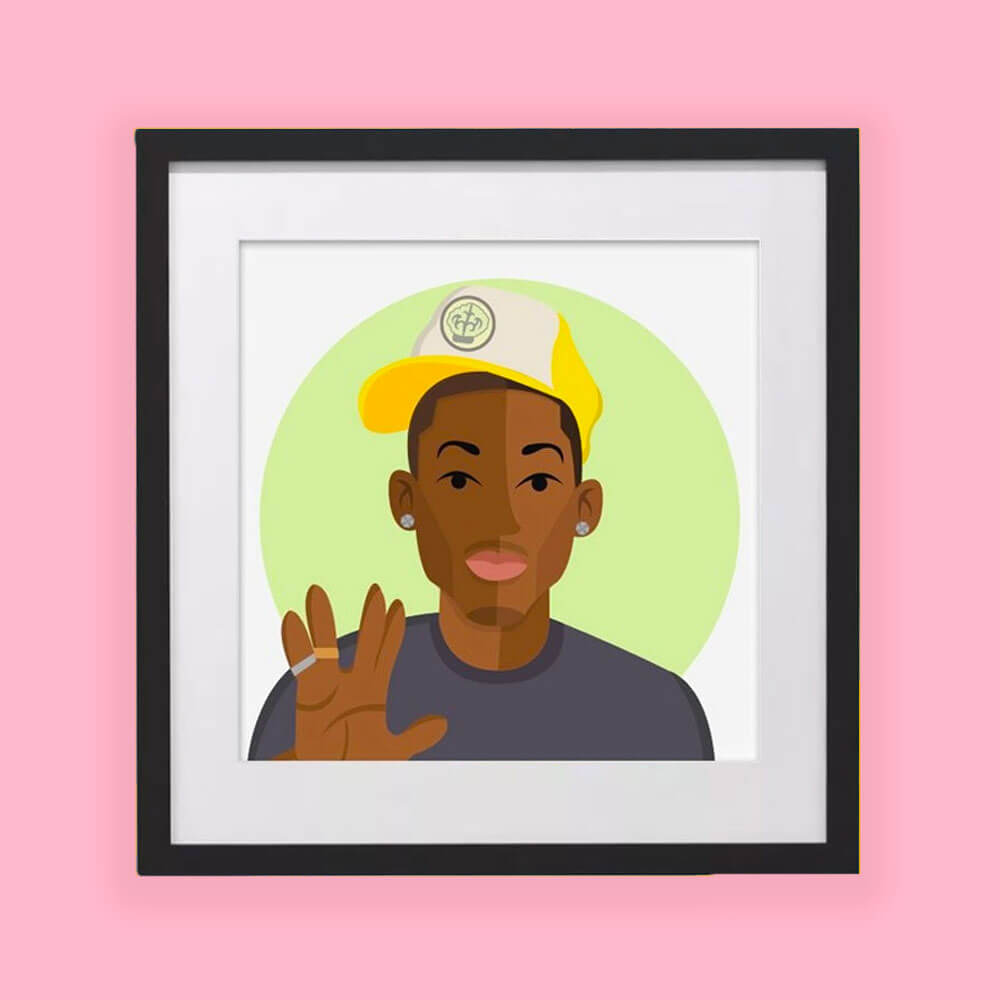 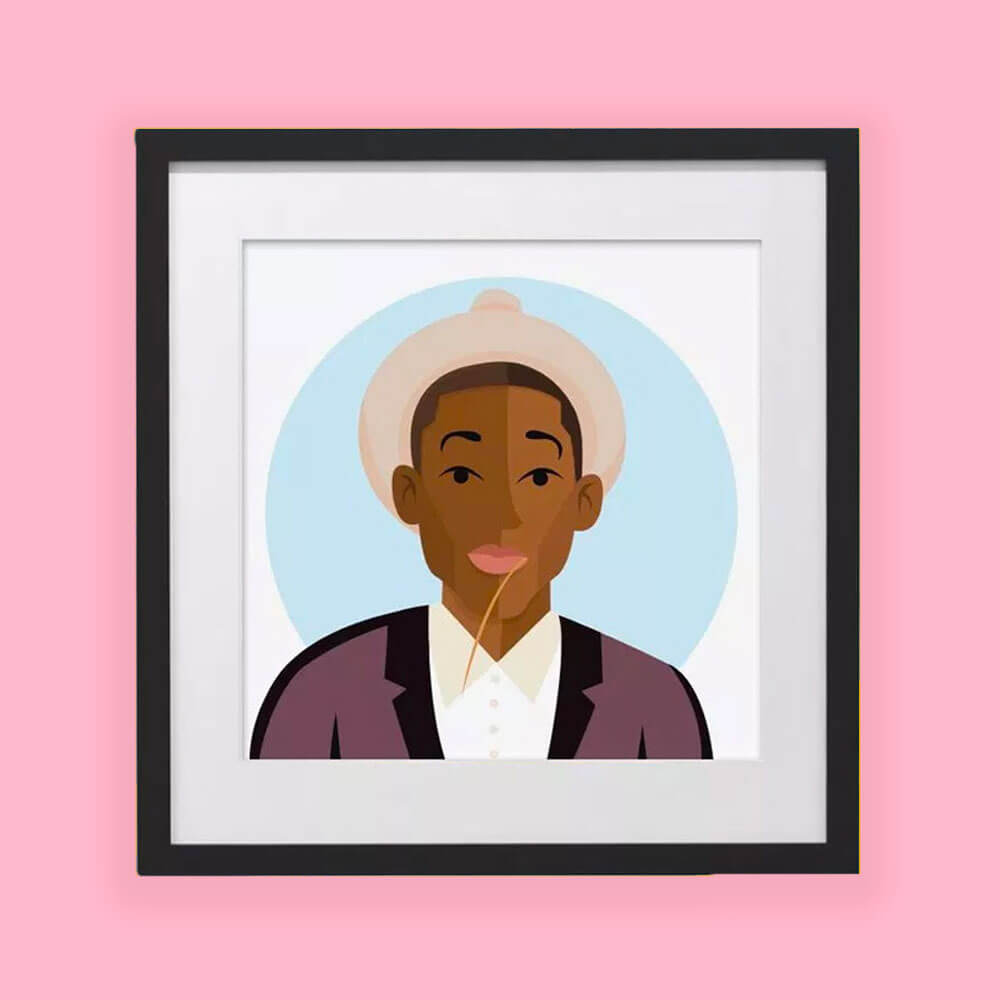 One of our first and favourite jobs that we’ve been commissioned for at HE Creative was when we were hired by Columbia Records to design promotional illustrations and GIFs for the launch of Pharrell Williams’ album G I R L. We’re huge fans of his work across the years, from The Neptunes through N*E*R*D to today, so it was a real delight to be asked to make Pharrell Williams Illustrations.

Pharrell is well known as a rapper, singer, songwriter, record producer, performance artist, and fashion designer, with a career that has spanned nearly thirty years – so when we were asked to illustrate his iconic looks, we had a lot to choose from. We made Pharrell Williams illustrations of his various famous album looks – from the early 2000s quintessential skater look with N*E*R*D to the famous Vivienne Westwood hat Grammys outfit. The brief allowed us to document both his incredible history and the development of his recognisable personal style throughout his career, and culminated in several animated GIFS which we designed to be synchronised to the beat of the first single from the record, Happy.

We were also commissioned to design an infographic, recording Pharrell’s many collaborations and music partnerships across his long-established music career throughout the industry. The infographic detailed his roles as musician, producer, and singer, and featured artists such as Beyonce, Gwen Stefani, and Kanye West.

Working on the Columbia commissioned Pharrell Williams Illustrations allowed us to work in our preferred illustrative style, embracing colour and stylised portraits. We really enjoyed working with a pop icon, combining our love of fun illustration and informative infographics.