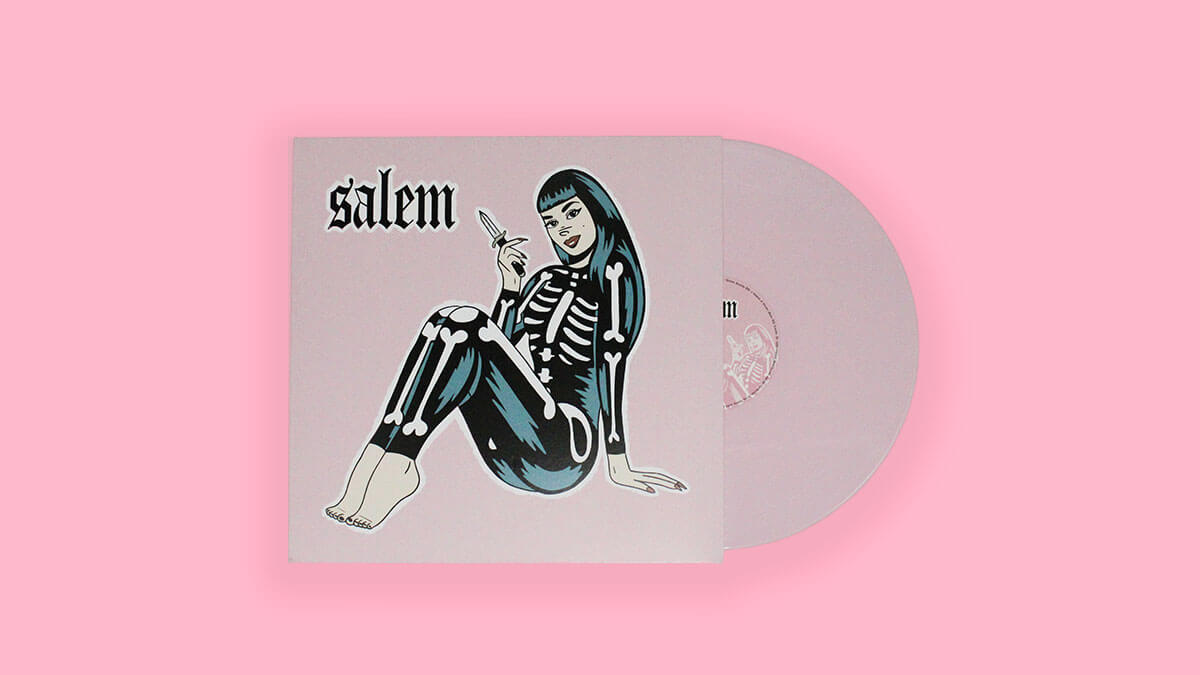 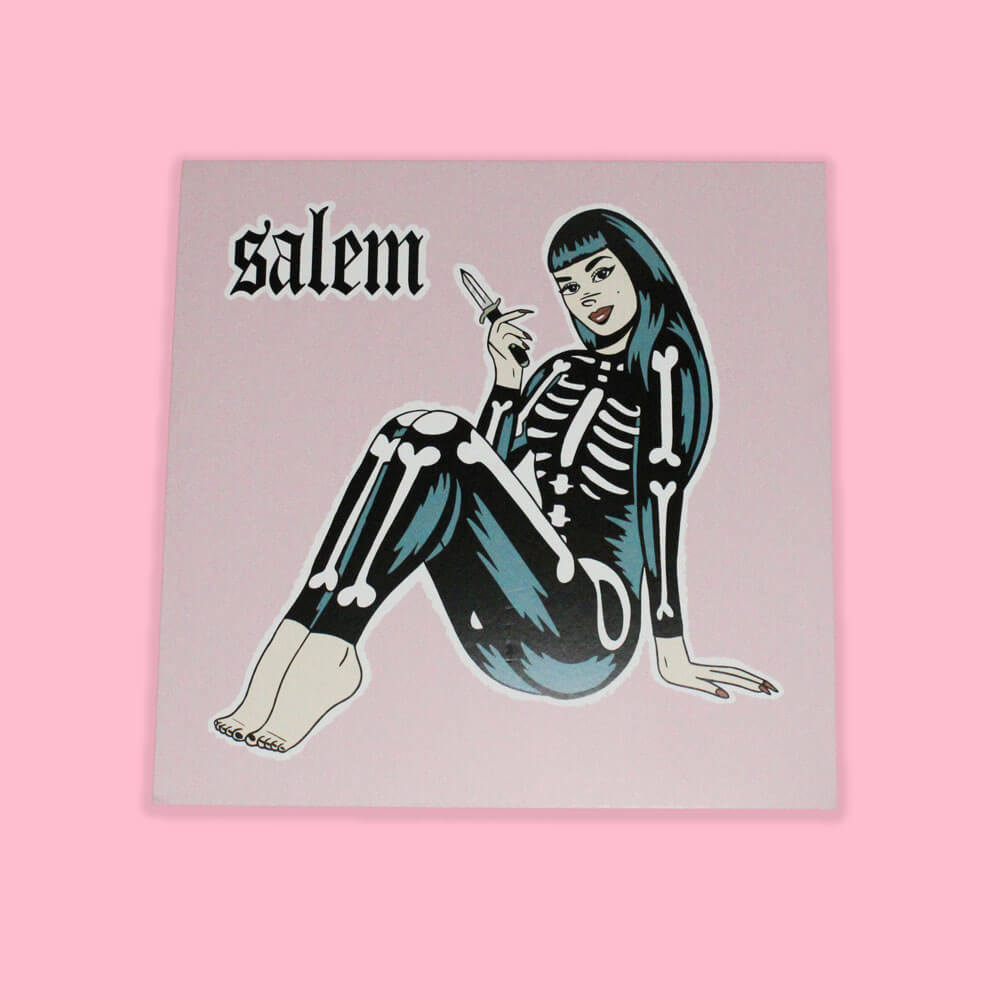 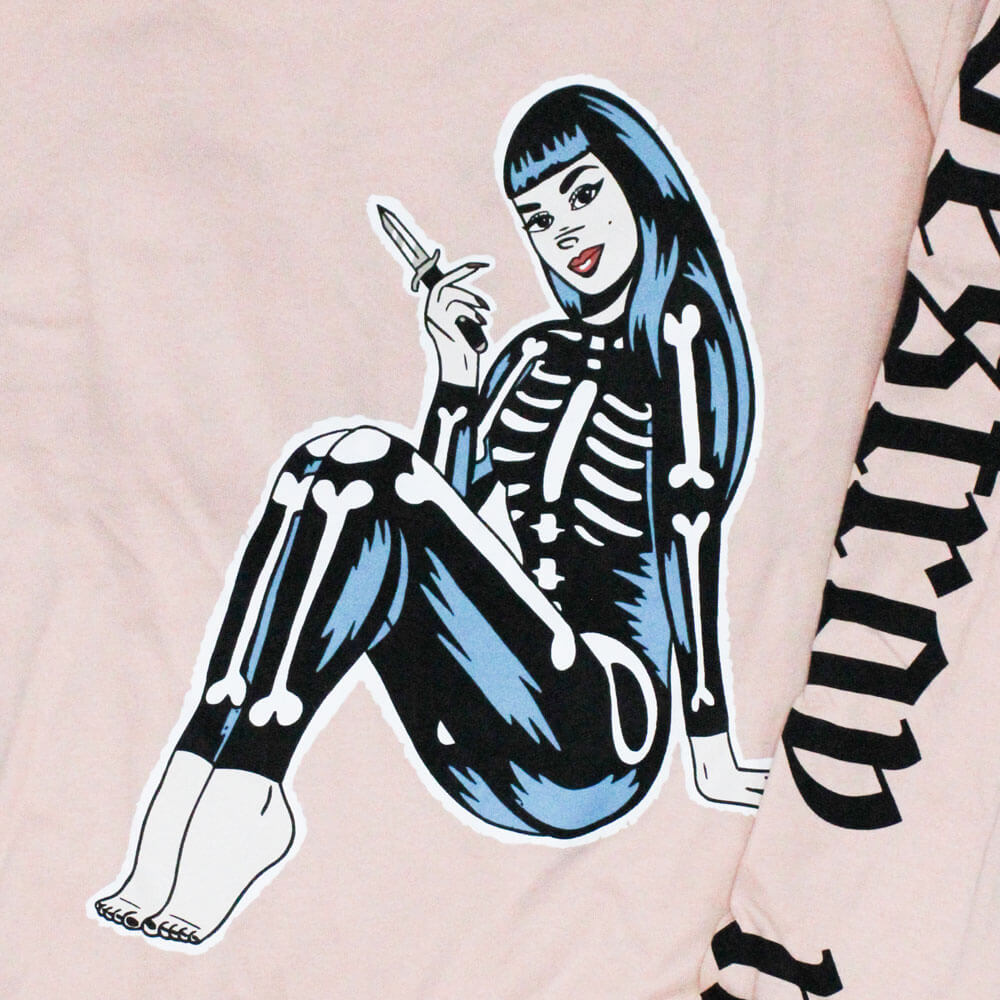 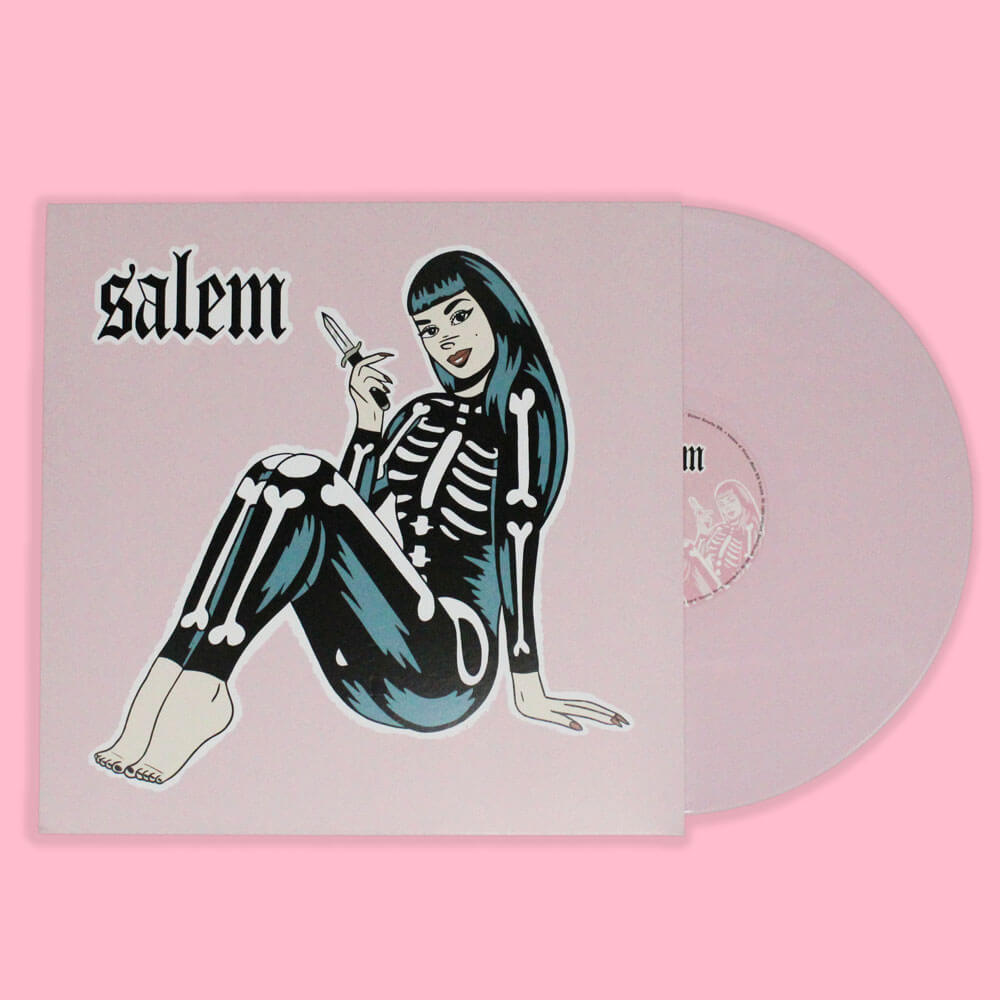 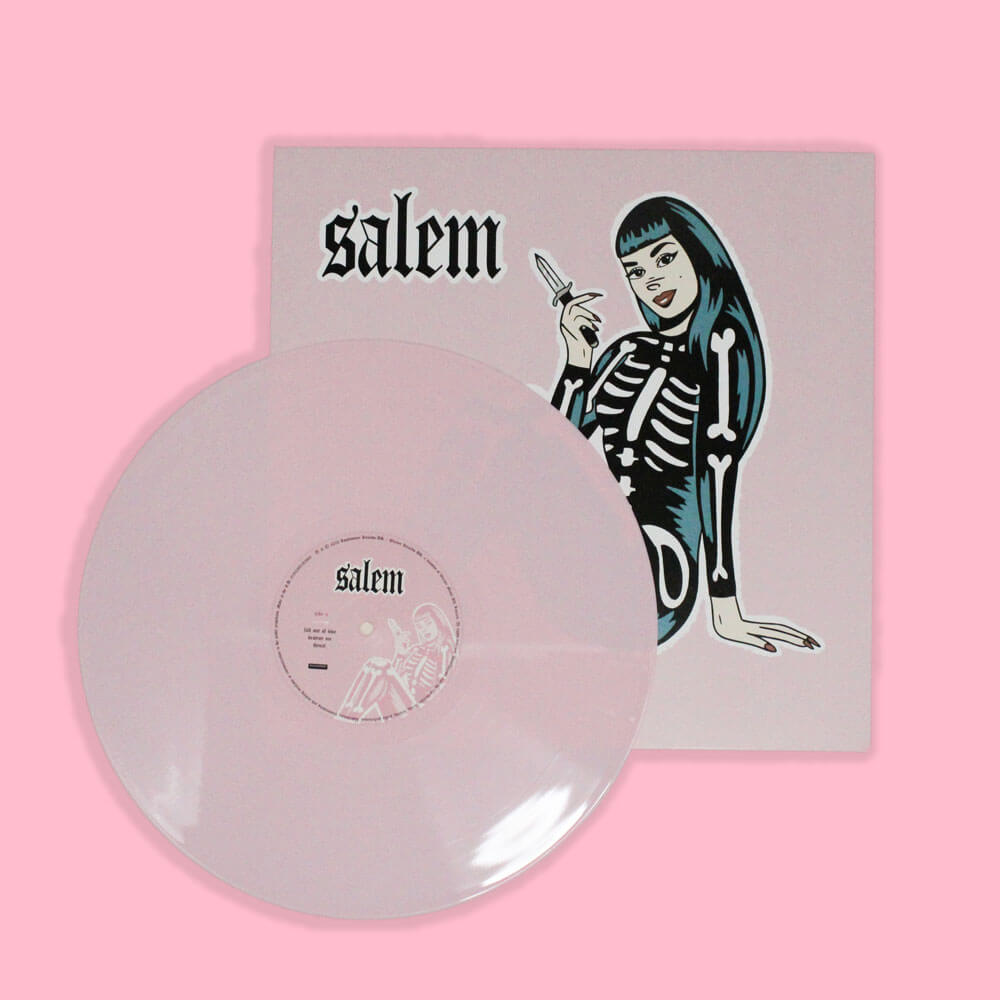 We were asked by Roadrunner Records to create artwork for the first E.P. being released by U.K punk/emo/post-goth band Salem, featuring members of U.K band Creeper. Salem’s lead singer William Gould had requested us for the project after following us on instagram for some time.

William was inspired by some of our previous artwork featuring pin ups in skeleton onesies, a project that had been its self inspired by vintage Halloween artwork and the styling of Phoebe Bridgers. Salem’s sound itself is inspired by Halloween, spooky imagery, horror and goth punk bands such as The Damned, AFI, The Cure, My Chemical Romance and The Banshees, so this was a match made in heaven.

The brief itself was very straight forward: an illustration of their model Charlotte drawn as a pin up wearing a Skeleton onesie. Charlotte later featured dressed as our illustration in several of Salem’s adverts and music videos to promote this E.P., as well as live with the band during their performances.

The artwork we created was used for the E.P. release as a 12″ vinyl record, as well as a digital cover on all digital music platforms. It was also used for T-shirt’s and on promotional materials, including show posters and social media advertisements.

Our aim throughout the project was to create something simple and iconic that represented the the feeling of the record and the aesthetic of the fans and the band’s audience. We knew we had achieved this goal when fans of the band started to get the artwork tattooed on them!

If you’re looking for illustration or record cover design for your band, and you think we would be a good fit, please feel free to drop us a message.